Understanding the new flexible Cloud options from Microsoft and EBS

I wanted to reflect on how things are changing in ‘our’ world, of course when I say our world I mean the ERP world.  Evolution Business Systems has been in this business for over 12 years and over these years we have seen changes. To be fair, the changes we acknowledged towards the beginning were at a much slower pace than that of today’s environment. Although at the time they may have seemed very progressive.  On reflection they were a little dull in comparison to what is happening today. But then we (computer application people) have been known to get excited about things that most people find dull anyway.

It seems to some extent we have come full circle, in regards to how consumers are accessing computing power and applications. 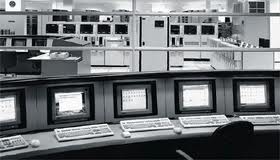 In the 1960’s a model known then as bureaus was introduced. Service bureaus of the 1960s and 1970s were trying to fulfil the vision of computing as a utility, which was first proposed by John McCarthy in a speech at MIT in 1961. Jostein Eikeland, the founder of Telecomputing, is credited with coining the acronym ASP in 1996, according to Inc. Magazine. To some extent this was a very popular model back then and allowed companies to access systems they would otherwise not have access to.

But it seems as computing power became more accessible (cheaper and more powerful) consumers moved to what I would call the typical environment of yesterday and one that has been in the fore for at least the past 15 plus years. It may well have been Windows 98 that pushed that movement on as it was a very successful operation system and one that people found made computing life much easier. This is where you have a server somewhere in your office and PC’s at each desktop. Typically the server would be running the back office applications and the PC’s would be running the client application. I’m pretty sure this would be the most understood model by most people today.

Cloud computing (Software as a service)

Wiki have a good opening description in this:

The phrase is often used in reference to network-based services, which appear to be provided by real server hardware, and are in fact served up by virtual hardware, simulated by software running on one or more real machines. Such virtual servers do not physically exist and can therefore be moved around and scaled up or down on the fly without affecting the end-user, somewhat like a cloud.

In common usage, the term “the cloud” is essentially a metaphor for the Internet. Marketers have further popularized the phrase “in the cloud” to refer to software, platforms and infrastructure that are sold “as a service”, i.e. remotely through the Internet. Typically, the seller has actual energy-consuming servers which host products and services from a remote location, so end-users don’t have to; they can simply log on to the network without installing anything. The major models of cloud computing service are known as software as a service, platform as a service, and infrastructure as a service. These cloud services may be offered in a public, private or hybrid network. Google, Amazon, Salesforce, and Microsoft Azure are some well-known cloud vendors.“ 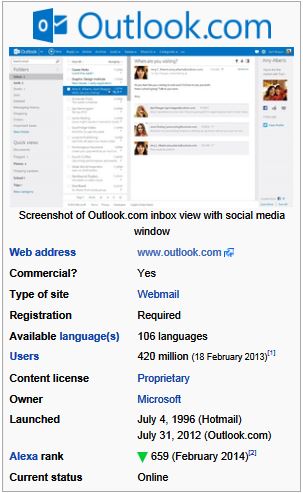 One of the first cloud services was a company know as Hotmail. I’m pretty sure most people would have heard of it. It was founded in 1996 as Hotmail and was acquired by Microsoft in 1997 for an estimated $400 million and launched as MSN Hotmail, later rebranded to Windows Live Hotmail. The last version was released in 2011. Hotmail was replaced with Outlook.com, which features Microsoft’s Metro design language, and closely mimics the interface of Microsoft Outlook. It also features unlimited storage. In February 2013 the service had 420 million users and was available in 106 languages. So you could say that cloud computing has been around for a while also.

In a nut shell, one of the best analogies I have heard to describe cloud is this. It is like what electricity was to the steam age for computing. You don’t need the big boiler, the endless supply of coal and the labour to keep the furnace burning. You turn on what you need when you need it and you pay for what you use and you don’t pay if you don’t use it.

The challenge for us with cloud is that consumers all want something different.  It’s not always as easy as turning on a ‘service’ and away you go.  But our experience is that buyers have not caught up with the trend of limitations or standard software when it comes to ERP. I could speak to 100 business owners and they will all tell me their business is unique. To be honest most business are very similar. It’s the way the business owner wants to run the business that makes them different. Don’t get me wrong, I’m not saying this is a bad thing.  We are all different and this is part of life. But what I am saying, is that this difference is what drives ERP implementations to be different. However, this works against the cloud model of a service you ‘just turn on’.

With cloud becoming the more common way to acquire solutions today, Microsoft have recognised there is a hybrid to this model and in November 2013 made a change to the licence model to accommodate this. Now, you can have it any way you want it.  The combinations are endless. We have cloud on Azue, cloud hosted, cloud on primus, then you can mix and match this, having any part on any platform or a different part on different platforms. For example, today you could have your ERP solution on Azure, this being your database and application. Tomorrow you may wish to bring your database in-house and run this on your own server. This is very simple and the licence allows this without question. You just copy your database down from the cloud to your server, install your ERP (for example NAV) then attach the database and away you go. This is a stand out feature offered by Microsoft.  It has always been an issue with other ERP cloud services like NetSuite or Salesforce where you are stuck with the one model.  They have your data and if you want to change your model you can’t.

The interesting point to note is that today, we are at a point where the licence is so flexible, you can have your cake and eat it too.  Buy or subscribe, it’s your choice.  You can even subscribe later if you wish, helping to de-risk the project. Start with a cloud license to prove the concept, then once you are happy, buy the licence and move it to your server. Or just keep the subscription going.