Microsoft has recently released the new version of Microsoft Dynamics NAV – 2013 R2. Along with a new look, and availability both “in” Office 365 and “on” Windows Azure, the new release has an abundance of new application features, including:

* Sorting by any column – this is available in all lists

We will be drilling down in more detail on these features in future blog posts. To get started, this blog post will provide an overview of the new look in R2 and the new feature of sorting by any column.

The Microsoft Dynamics NAV 2013 R2 interface has been refreshed and has been brought in line with the appearance of Windows 8.  See below. 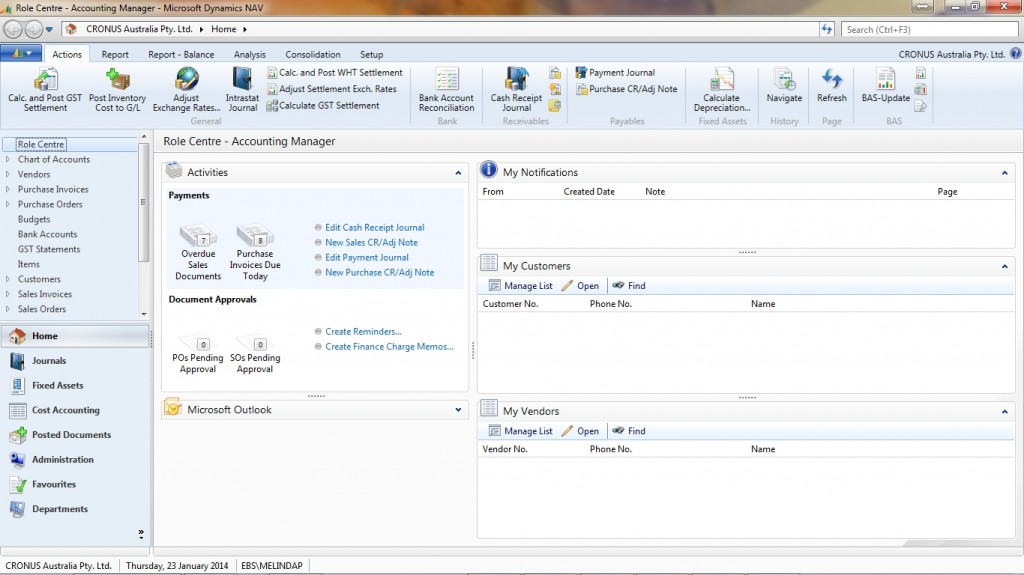 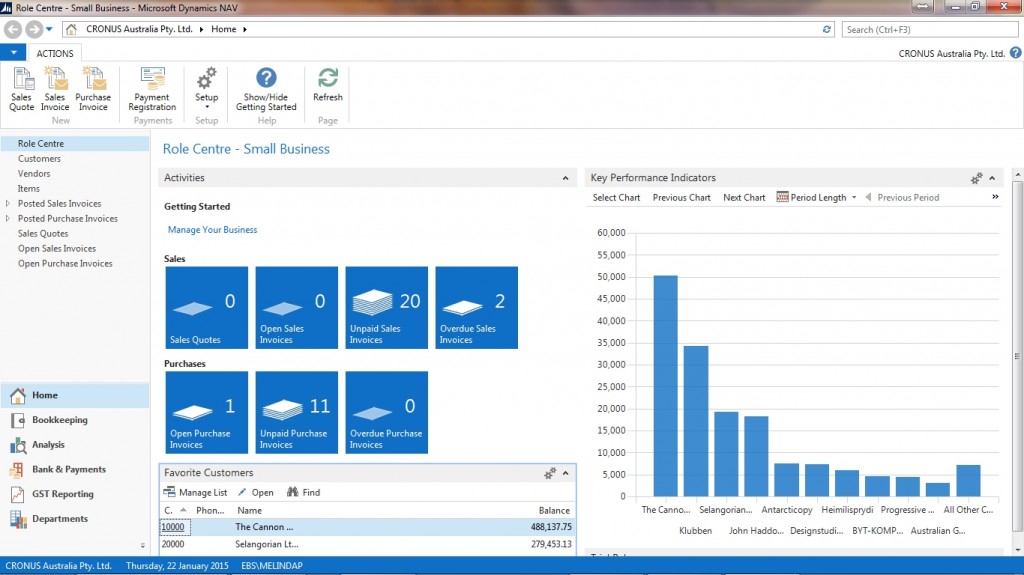 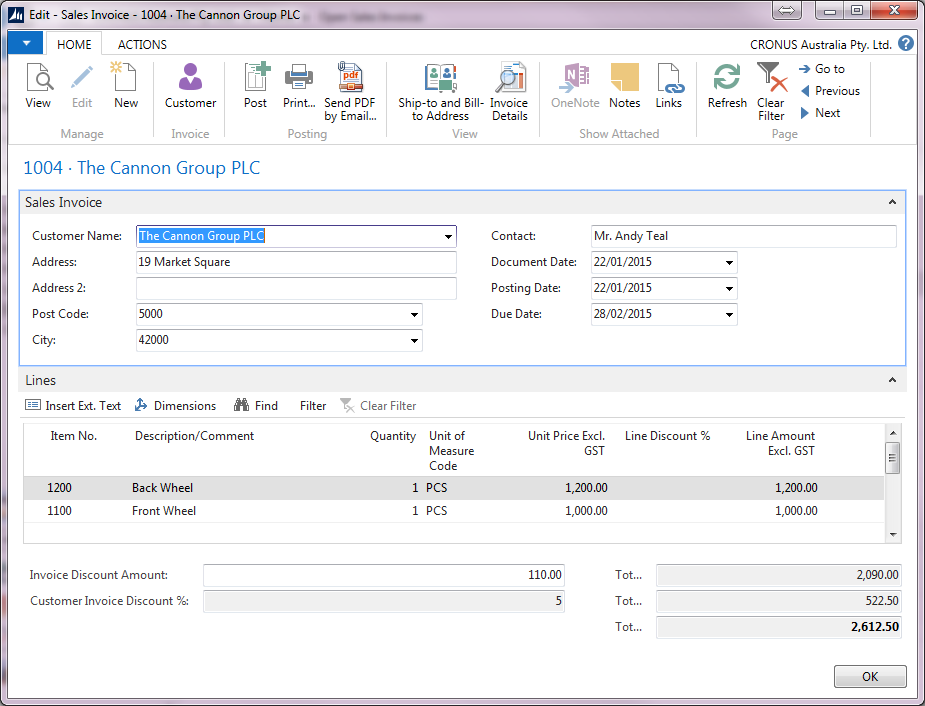 The entire ordering and payment process has been simplified using this new role, including reversal of posted invoices without the need for a credit note, and creation of customers or vendors directly from the invoice page.

Sorting by any column

Another neat new feature added into NAV 2013 R2 is the ability to sort by any column available in a list. In prior versions of the Role Tailored Client (RTC) for NAV, the columns that could be sorted on were fixed and could only be altered by customisation of the list page. Or to be technically accurate, the structure of the table underneath. Below is an example of sorting in a list page in NAV 2013: 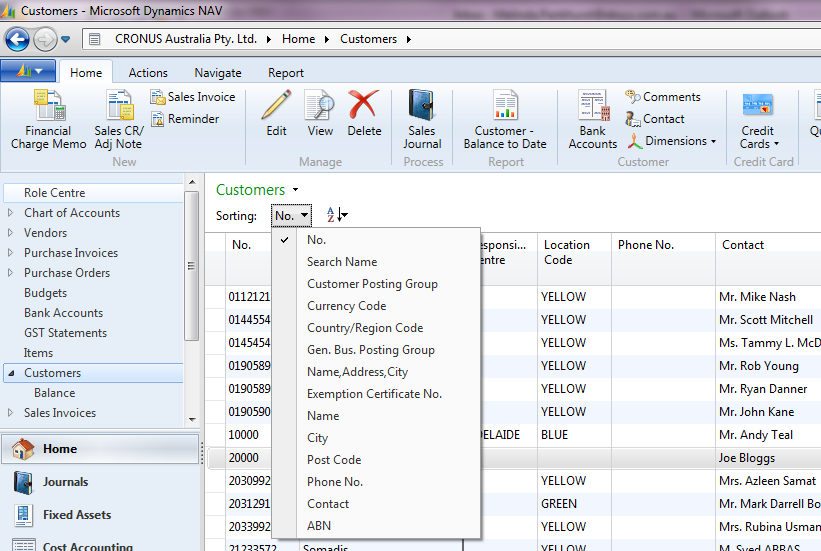 In R2, you can now click on any column header to sort by that column. The column sorting is shown by the arrow indicator next to the column name: 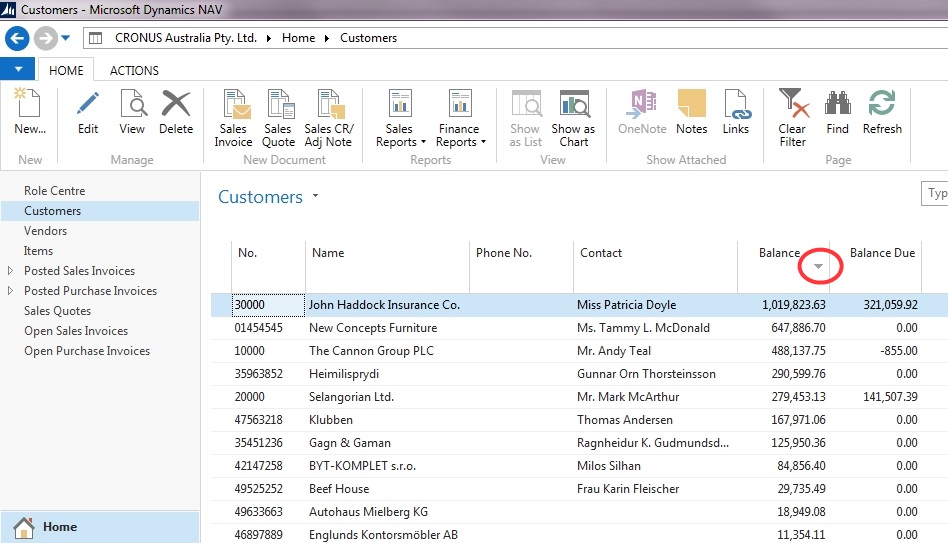 This sorted list can then be saved (using the “Save View As” feature of the list) or exported to an Office product such as Microsoft Excel, and the sorting will be retained.

Lists can be sorted by multiple columns. Just hold down the Shift key when clicking on the column headers to sort by more than one column: