When working with inventory management in warehouses or retail stores you will become acquainted with barcodes.  But what is a barcode exactly and what lies behind the lines, numbers and pixels? To answer these questions, we have gathered the most important facts about barcode basics in this post. You will learn about:

In this post we have chosen to focus on the barcodes we most often encounter with our existing customers.

Since the barcode was used for the first time to automate Troy’s Marsh Supermarket checkout system, the development and the use of barcodes have come a long way. The barcode, which was placed on a packet of chewing gum, was scanned in Ohio, USA, back in 1974. Subsequently, the barcode has revolutionized most industries, including the warehouse and logistics industry. There are over 200 different barcode systems and over 100 different barcode types, but the best known and most widely used is the EAN code that we all know from the supermarket.

There are two general classes of barcodes: one-dimensional (1D or linear) and two-dimensional (2D). The difference between 1D and 2D barcodes is determined by the layout and amount of data that can be stored in each, but both can be used effectively in several automatic identification programs.

The 1D barcode is the most used and is especially used in retail stores for product labeling. In addition, it is also often used in the warehouse industry for marking locations and bins. A 1D barcode is a visual representation of information that can be read and decoded mechanically. Reading and decoding is done using a scanner like a laser beam, that reflects the code of the reading head in the scanner, which interprets the information stored in the lines. The barcode can therefore be seen as the personal identification number of the goods. As the social security number tells a person’s birthday, the barcode gives information about the origin of the product in the form of a numerical code.

The 2D barcode can contain up to 100 times as much information as the 1D barcode as well as more complex information such as links and pictures. 2D barcodes always have the same size and are typically easier to scan at long distances. They are used, among other things, for labeling medical products, downloading apps, sharing information to consumers by placing the codes on advertisements on the bus or on standers in the city, and so on. 2D barcodes can only be read with an Imager barcode scanner. 2D is not yet widely used in retail, as 2D scanning is not yet available for output boxes, but the 2D barcode is predicted a bright future. This is due to the large amount of data the codes can contain, as well as many of the scanners currently manufactured are able to scan 2D.

Using Mobile WMS we always recommend imager barcode scanners for 1D and 2D scanning over the laser scanner for only 1D scanning.

Next up we will go deeper into the different types of 1D barcodes, what information they hold and where they are used.

Under the two classes of barcodes, 1D and 2D, there are a lot of types of the individual barcode class. The 1D barcode includes some of the most traditional and well-known barcodes such as EAN and UPC. These are both known from retailers. The EAN and UPC barcodes are created according to an international standard, which can be read across national borders. They both refer to a Global Trade Item Number (GTIN). The GTIN is compiled by the global standardization organization GS1.

EAN barcodes are used by manufacturers to label products, regarding sales and inventory management, and in retail. The barcode type was previously used primarily in Europe, thereby the name, as EAN stands for “European Article Number”. As the code is now used globally, it has been renamed “International Article Number”, but with the same abbreviation. The two most famous are EAN-13 consisting of 13 digits and EAN-8 consisting of 8 digits. The EAN-8 is the compact version of EAN-13 and is used on smaller products where the space is tight.

EAN barcodes are used by manufacturers to label products, regarding sales and inventory management, and in retail. The barcode type was previously used primarily in Europe, thereby the name, as EAN stands for “European Article Number”. As the code is now used globally, it has been renamed “International Article Number”, but with the same abbreviation. The two most famous are EAN-13 consisting of 13 digits and EAN-8 consisting of 8 digits. The EAN-8 is the compact version of EAN-13 and is used on smaller products where the space is tight.

In the next part we will focus on different types of 2D barcodes, what information they can hold and how and where they are used. Lastly, we will tell you about the alphanumeric barcodes, which are mostly used in logistics and transport.

GS1 DataMatrix and GS1 QR are both 2D barcodes.

GS1 DataMatrix is often used in the electronics, food and pharmaceutical industry to add additional information to these products. GS1 DataMatrix is the only 2D code that is legal to use in relation to label of healthcare products. By 2019, GS1 DataMatrix should be applied to all prescription drugs. The data content is built through the GS1-128 structure using Application Identifiers (AIs). Therefore, GS DataMatrix can also contain GTIN (EAN / UPC), Lot Number, Serial Number, Production Date, Expiration Date, etc. Due to their size, they are ideal for smaller products.
Many people know QR codes from the cityscape, in magazines, on Business cards and so on. The vast majority of mobile phones can decode a QR code, and the code is also used mainly for marketing purposes. It is not yet approved in the world of logistics for use on for example, pallet labels or for labeling products in the pharmaceutical industry. The QR code may not be used for product labeling without the addition of an EAN or UPC barcode. 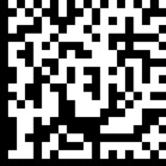 Barcodes for Locations and Placements in the Warehouse

This article has been republished with permission, courtesy of our partner, Tasklet Factory. 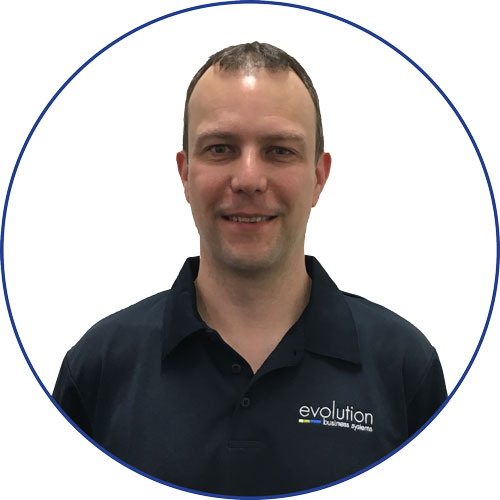 Mark is Senior Account Manager at EBS. His experience lies in the budgeting, business intelligence and reporting space having worked in a variety of roles including, software developer, help desk support, consulting, account management, sales and senior management. Mark has a passion for working direct with customers and working to achieve great outcomes.