In the previous versions of NAV, setting up Posting Groups can be very confusing and cumbersome for users. Setting up posting groups in NAV 2018 has been simplified by incorporating visual improvements, smart algorithm and better control.

Visual Improvements
There is now a visual indication of mandatory G/L accounts that must be set to handle specific posting scenarios. For example, in the General Posting Setup it defines who you sell to and buy from, therefore the Sales Account and Purchase Account shows an asterisk to highlight that these accounts are required when setting up the General Posting Setup.

Depending on the setup features that is enabled in NAV, those are the only accounts that will appear in the posting group setup card. For example, if the Discount Posting field in the Purchase & Payable Setup is set as No Discounts, then the posting group field Purch. Line Disc. and Purch. Inv. Disc. accounts as reflected in the screenshot below will not appear. This simplifies setting up posting groups by hiding the accounts in the setup page that are not required.

Smart Algorithm
When creating new posting group combinations, the Suggest Accounts function can be used to automatically populate the G/L Account No. by using a smart algorithm that analyse existing posting setups and suggest a similar posting setup situation. The suggested G/L accounts can be manually changed if it does not fulfil the exact posting requirement. 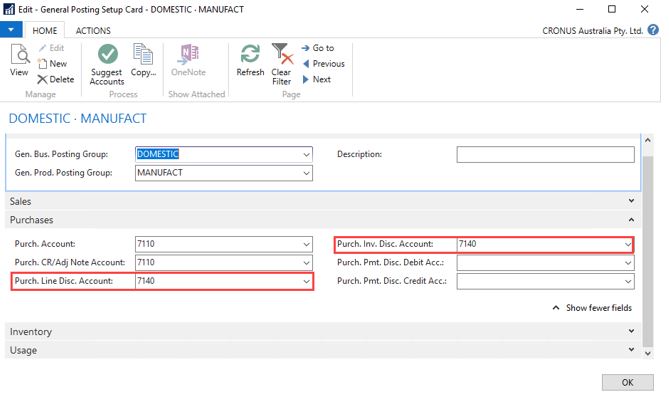 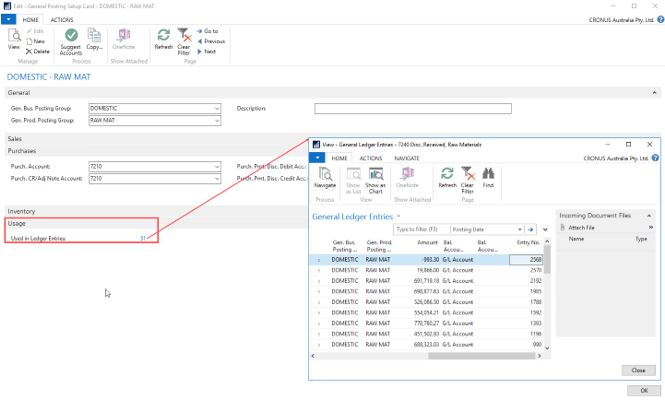